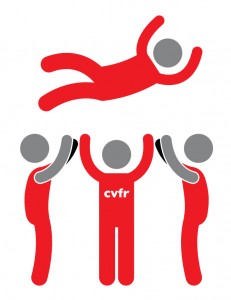 If fell running were an Olympic Sport, China and the USA would have no chance against Yorkshire in Rio 2016. Calder Valley Fell Runners filled the void left after the closing ceremony by delivering a bonanza of fantastic results. On the domestic front, with a cross country like flat start and finish and three runnable climbs in between, there was no let up in the battle for English Championship places at the Weasdale Horseshoe (8.7miles, 2001ft climbing). Having previously never quite managed to get into the medals in either the British or English Fell Running Championships, the men’s team is now assured of a bronze in both this year. All five counters in this English Championship race – Jason Williams, Shaun Godsman, Tim Ellis, Karl Gray and Ben Mounsey – finished within 10 places of one another, in a formidable show of strength on a course which proved to be fast and furious.

With the prospect of medals in the offing, Team Captain Mounsey had ensured that there were plenty of Calder Valley runners in the field, and there were notable performances from Tim Black who also recorded a stunning Championship finish only a few places behind Mounsey. The flying postman Alex Whittem had a solid run back after a long injury lay off and Joe Washington dug deep to finish in a very respectable position on his Championship debut.

Internationally, Helen Fines represented Great Britain in the 50th anniversary race of the Staffeta Tre Rifugi, which is a 3-stage mountain relay in the Dolomites, uphill, traverse and downhill. For the 4th time, Fines was running the downhill leg, 3000′ of descent over 6.5km of terrain over very steep grass slopes, a bit of rock, some steep woodland and finishing with 2.1k of ‘hideous’ tarmac with the last 400m up a slight incline. Fines has said before that doing this downhill leg of the relay she tries to switch the self preservation part of her brain off. Apparently she was successful and the energy saved by reducing brain function was in redirected to her legs, as Fines charged down the mountainside in pursuit of the Slovenian team who had gained a 7 minute advantage over GB at the second handover, who were now in 4th. Fines stayed strong to the end and overcame the harsh tarmac finish to narrow the gap to just 2 minutes and in doing so smashed the leg record and helped her team to a silver medal finish.

The Snowdon International Mountain Race (10 miles/3300ft) started in Llanberis on Saturday 21st July and followed the tourist track alongside the railway track to the summit and back. Over five hundred runners completed the race with competitors representing Italy, Canada, France and Australia as well as all the home nations plus Eire. Rumours that Within the race is an Open race for club runners.

A trio of Calder Valley Fell Runners were selected to run for their country, Helen Fines and Holly Page were running for England and Gavin Mulholland was running for Northern Ireland. Helen had a superb race, summiting in fifth place she managed to finish in second due to her fearless descending. Holly, running Snowdon for the first time finished in fifth place and along with third placed, Holmfirth Harrier, Katie Walshaw, the English girls were first team. The ladies race was won by Tessa Hill from Canada.

In the mens race Gavin was fifteenth, another creditable performance in his first Snowdon race. The mens race was won by Murray Strain from Scotland and with Scotsmen finishing in second and fifth they also took the team prize.

In the Lake District on Saturday 28th July, new member Ian Symington was 4th in the Lakeland 100, completing the 100 miles and 21,000ft of climbing in 22hours 47 minutes. As a popular race, Symington had pre-entered earlier in the year while still a member of Macclesfield Harriers, and the official results reflect this, however Symington is now a fully fledged member of Calder Valley Fell Runners and with results like this he is a welcome addition to the team.