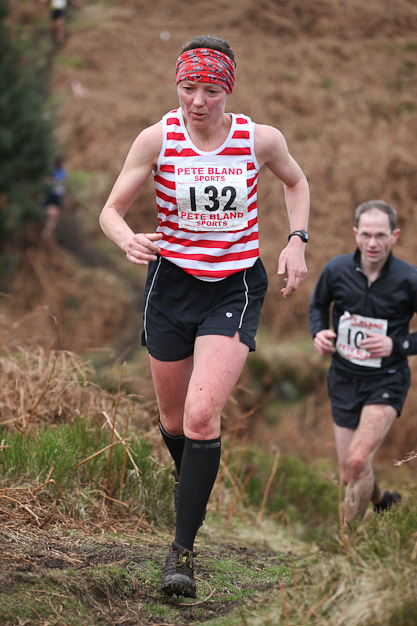 Last week’s frozen rain threatened Saturday’s 20 mile Wadsworth Trog fell race with cancellation, but a slight rerouting of the start to avoid a farm track better suited to luging than running allowed the race to go ahead. Competitors were warned that conditions were treacherous, with every rock, stile and blade of grass on the moor coated in a thick layer of ice, however 135 starters saw the conditions as nothing more than an additional challenge on an already challenging race.

Most runners leaving Old Town proceeded to slip, slide and shuffle their way round the course, however in an incredible show of grit Calder Valley’s James Logue once again romped home in first place, seemingly unaffected by the icy conditions and a full ten minutes ahead of the second place finisher, Todmorden Harriers’ Jon Wright. Wright seemed similarly unphased by his arctic challenge, and rushed off home to start work, unlike Logue who made himself comfortable with a pint of ale while the rest of the competitors completed the race, the final finisher crossing the line more than two and a half hours after Logue.

Among the women there was hot competition, with some star runners on the starting line. Calder Valley’s Anne Johnson was beaten into third place by Bingley’s Aly Raw in second and Dark Peak’s Nicky Spinks in first. In the women’s team competition, retirements left only two teams in the race. In the event Abbey Runners were especially deserving of their first place prize with one of their runners finishing the race despite a fall which left her leggings in tatters. Unperturbed, and with a coat round her waist for modesty, Leanne Hague completed the race and helped her team to victory over local Todmorden Harriers by just one point.

Sunday brought the aptly named Winter Hill fell race, the second club championship race for Calder Valley. Perhaps put off having seen conditions on the Trog the day before, only nine Calder Valley runners turned up for the race, where the course proved to be almost as icy, but with the additional discomforts of low cloud and melt water. Calder Valley’s Karl Gray came in third place overall to secure maximum points in the championship., with Bill Johnson and Graham Hill claiming second and third place championship points. Helen Fines finished only hundredths of a second behind Hill, taking the prize for first woman, with team mate Jo Buckley finishing second woman. 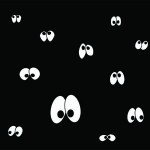 The Northern Lights didn’t appear but 46 runners did!  Wow, this is a fantastic turnout for what could be quite a niche event. The furthest control was only 2km from the community centre. But, enough climb ( this is the ‘international capital of gravity’ after all) and a complex path network on a clear map meant plenty of choice for all exploring the nooks and crannies of the Cragg valley.

Thanks to you all for a really upbeat evening. 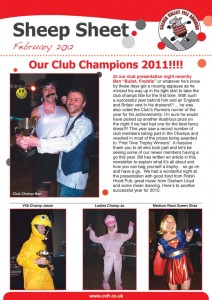