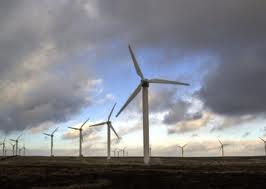 A record turnout of 193 runners assembled at Ogden Reservoir for the annual running of the Ovenden Fell Race, one of the first races of the year and a good chance to burn off some of the Christmas excesses. This eight mile race follows the track alongside the golf course, before turning on to the moor towards Oxenhope. After a quick tour of the moor, runners retrace their steps back to the track for a fast downhill finish. With a strong wind and in very wet and muddy underfoot conditions the course record set by current English champion Lloyd Taggart was never going to be challenged, but it didn’t stop Calder Valley’s Karl Gray from winning the race with a comfortable margin of victory in 57 minutes or so. Equally impressive was the winner of the women’s race Jo Waites, who, like club mate Gray, is also a V40. It was great to see Waites back racing in a ‘proper’ fell race again after frustrating injuries have kept the Blackshaw Head based teacher away from the fells for some time.
Pudsey and Bramley pair Colin Walker and a remarkable run from 49 year old Paul Stephenson saw them just beat Calder’s Alex Whittem into the podium positions, with Darren Holloway of Pennine continuing in the form that has seen him finish highly in races all last year, in fifth. Wharfedale Harriers went home with the team prizes, but only because one of the Calder runners was accidentally registered as ‘unattached’. In the ladies race, a very strong Calder ladies contingent won the team prizes with women’s club captain Helen Fines, a minute or so behind Waites, with Anne Johnson in fourth. Lynne Clough of Chorley was third.