Not to be put off by the misty conditions, local legend, Karl Gray was first back for Calder in second place, only two seconds behind winner Will Neill of Mercia.  Mark Burton was 2nd Calder in 6th place.  Holly Page was first woman home, 12th overall, scoring maximum points in the women’s competition.

Steve Smithies is hitting a consistent streak of quality running this year, in 10th place and 1st vet 50 on Saturday.

In the junior race James Duffy won the u15 boys and Emilia Wright was first u15 girl, holding off the second placed girl by 4 seconds.  Sam Annison was 4th u11 boy.

The five mile Ilkley Moor Fell Race was also the venue for this year’s Yorkshire Senior and Under 23s Championship.  The Competition was fierce and the moor was muddy.  Calder Runners, Darren Kay came in 12th place followed a minute and a half later by U23 Martin Howard in 28th place.  Local Tom Adams won in 37:24 with Simon Bailey of Mercia 2nd. 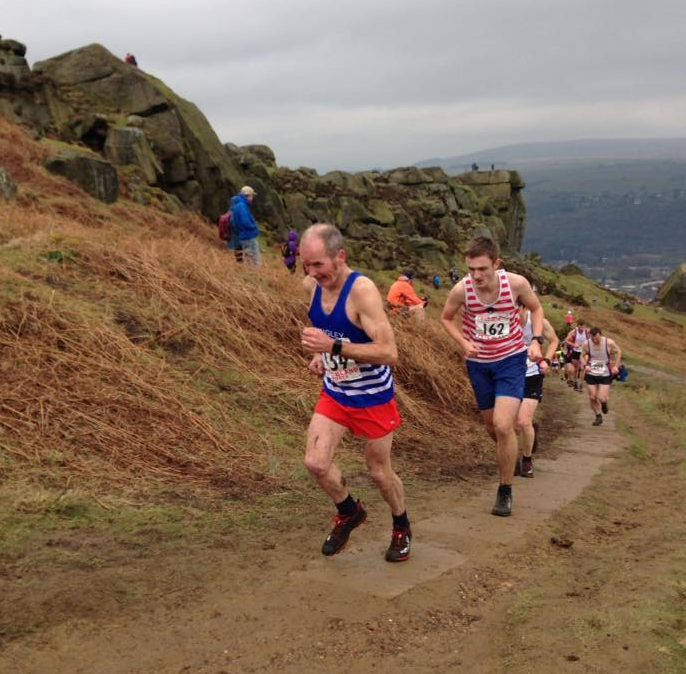 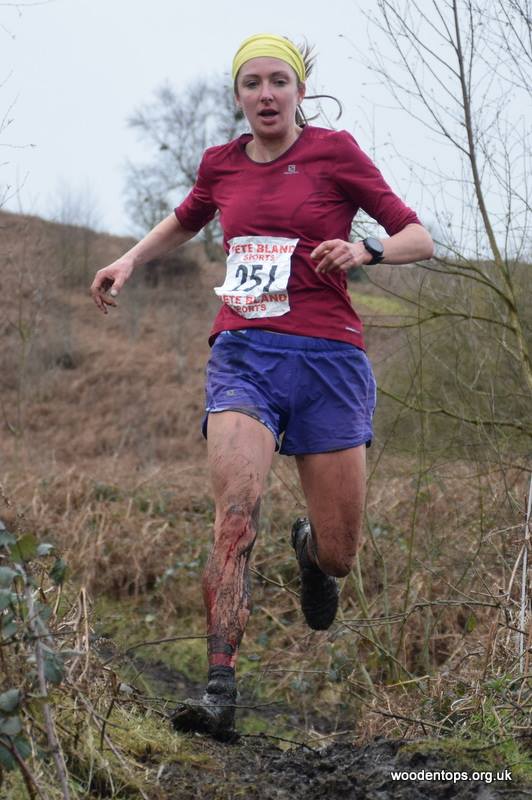 Holly Page at Ilkley Moor after racing the day before at Flower Scar.

Calder Juniors also had put in some great performances in their first Club Championship race of the year.

The muddy conditions did not deter Clara Mckee who easily won the U9s race, beating all the boys, with Harry Cliff claiming 3rd boy.  Read all the latest Juniors news here!