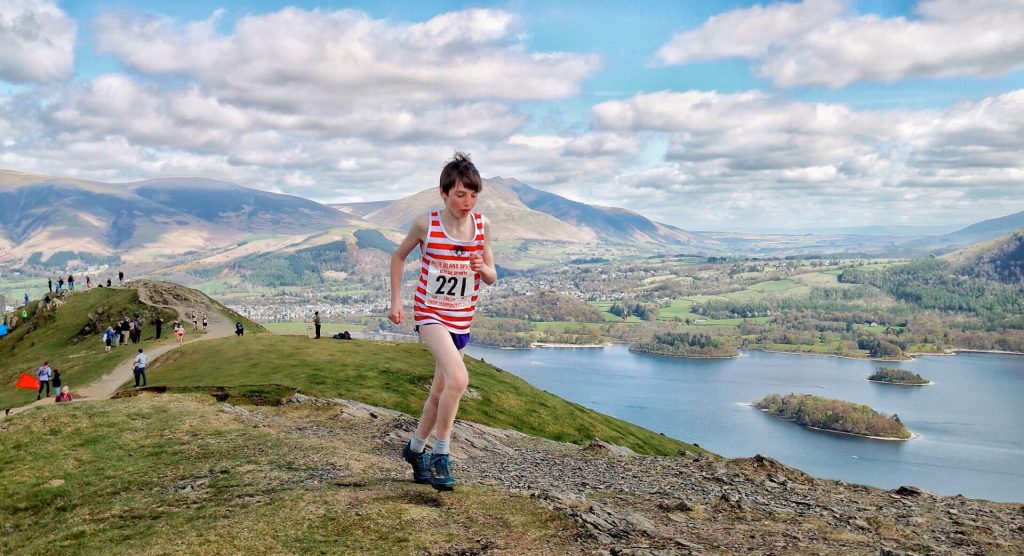 With Spring in full gear and the nights getting longer – despite the setback in warm weather just now – the fell race season is getting into full swing. This weekend was no exception with the option of two classic fell races being presented to Calder Valley Fell Runners.

The Anniversary Waltz, from near Keswick at 11.5 miles and 3,600 foot of climbing and its longer, grumpier sibling, Teenager with Altitude at 15.4 miles and 7,600 foot of climbing. The former also happened to be the third race this season in the CV club championships – so naturally there was a good turnout of all abilities and a bit of banter too. In addition to these was the Anniversary Wa! English Junior Championship race, which also had an excellent turnout of CV juniors from U9-U19 age groups. 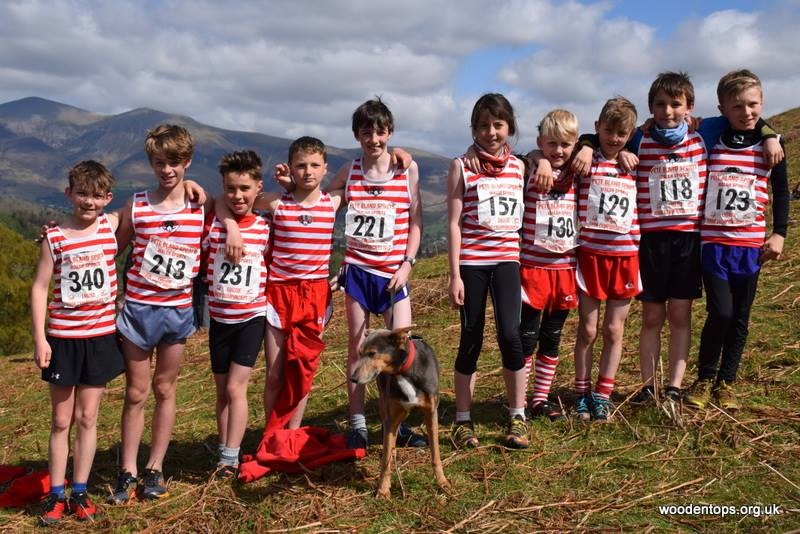 Firstly, the Anniversary Wa! Race. In the U13B Junior race, William Hall (pictured on top of Cat Bells) continued to dominate the top of the table, finishing 1st place with Patrick Casey in 3rd and Joseph Hobbs in 7th. In the U11G race Fearne Hanson was just shy of a top 10 finish and for the Boys Charlie Pickens finished in a solid 8th place and George McFie (pictured) finished 12th. In the U9B Samuel Annison had a great race finishing 3rd. 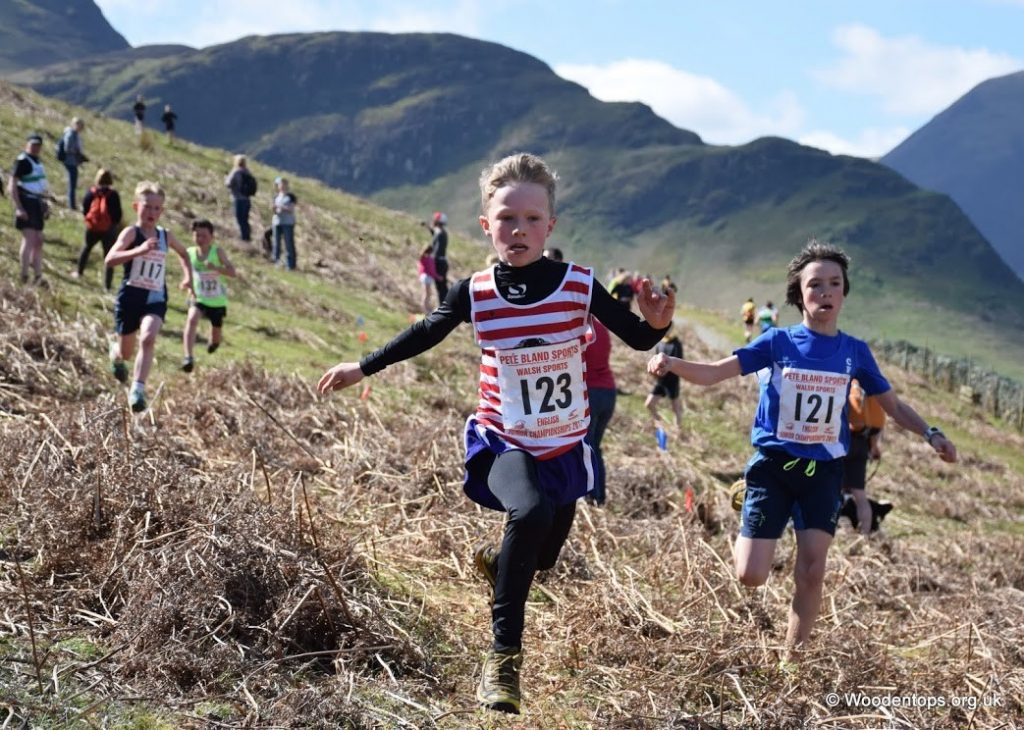 Onto the senior races, the Anniversary Waltz has a bit of history… in fact 17 years of history to date, as it is held each year to commemorate Wynn and Steve’s wedding at Newlands Valley church on Saturday 20th April 1996. This year Wynn, Steve and the 500+ runners that entered were greeted with great weather, despite the initial concern of an unsettled day.

CV had some notable performances, not just in terms of high finishes, but also in terms of personal records and accomplishments. First home was Bill Johnston, who again is displaying amazing form – potentially eying up the V50 Club Championship Gold… Lyndsey Oldfield also had a great race finishing fastest CV lady. Local lad Martin Howard had an excellent race finishing 2nd fastest U23 in a time of 2hr 03min. With Martin not being the most talkative teenager his father Bob explained “Martin had a bad fall ironically on a flat bit and left a lot of skin from his knees, palms and finger tips on the Lakeland fells, but brushed himself off and used his descending prowess to make his time up. He went to the medical tent at the end where an old lady used a course scrubbing brush to get the grit out of his wounds. He is now recovering from his ordeal and has vowed to go under 2:00 hrs next year.” Bob, although further down the pack, had a good race and managed to see off fellow CV runners. He also added “I set myself a target of sub 3:00hrs and was really pleased with 2:54. On the last half mile run in I knew that Nicki Latham and Rod Sutcliffe were just behind me so I had to push right to the finish and just held them both off.” Nicki herself must also be commended given she raced after severe dental treatment the day before. She had a mouth of stitches, was on antibiotics and painkillers and almost dropped out at checkpoint 1, but just vomited and carried on!
The amazing thing about this race is that many of the CV team that took part had only joined the club a year ago as part of the ‘Back to the Fells’ taster sessions. These sessions are running at the moment, free of charge, down at Mytholmroyd Community Centre, Tuesdays at 645pm.