Holly Page had a cracking run at Bleasdale on Saturday, a 5 mile race from the village of Bleasdale in Bowland. She was first woman back in testing conditions, torrential rain which turned to hail on the tops and 60mph winds which made it difficult even to run downhill. The extreme bogginess underfoot and zero visibility made it an epic run. The race was really well organised, soup and cake was appreciated by all slightly hypothermic runners at the finish. Sam Tosh of Wharfedale won the men’s race. 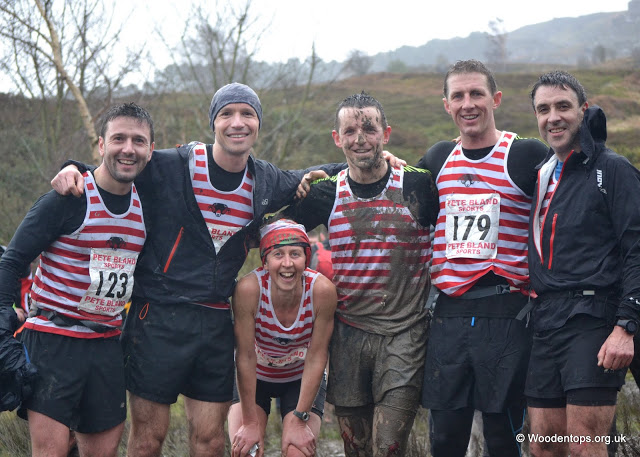 Ilkley Moor was the second race in the annual Calder Valley Club Championship. Over 300 runners lined up for the five mile race on a very windy Sunday morning. The race has a fast start to the Cow and Calf Rocks, before ascending Rocky Valley to the top of the moor. There is a rapid descent from the Keighley Road via Spicey Gill which, after the rains of this winter, had become a quagmire. 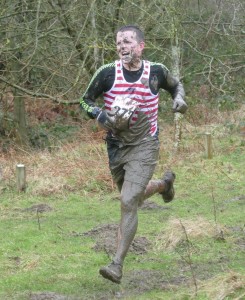 The 2015 Club Champion, Jon Smith made a rapid start, closely followed by the 2014 Champion, Mark O’Connor. Despite finding the quagmire face first, O’Connor outran Smith to beat him by nine seconds. The Championships looks like being more hotly contested than ever this year. Ben Frechette had another good run as the third Calder runner back. Martin Howard was 4th under 18 and Mark Wharton was the second V50 behind the legendary Ian Holmes of Bingley. Jo Buckley was first Calder woman back, so scoring maximum points in the Womens’ Championship. 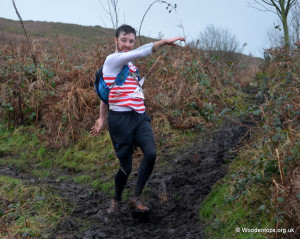 Paul Haigh could have beaten an improving Toby Sydes if he hadn’t been delayed by a toilet stop, setting off a couple of minutes behind the rest of the field. James Cooke may be investing in some contact lenses after his glasses were blown off his face by gale force wind. If found on the top of a gorse bush or similar, please return. It was good to see several newer club members racing this weekend. 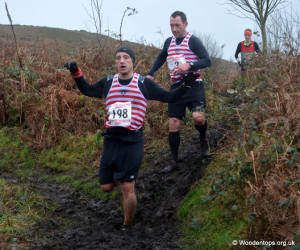 Close between Nathan and Jake 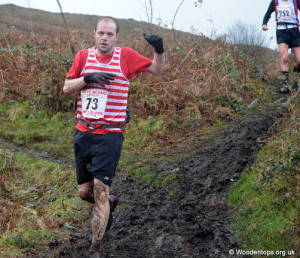 Those not running at Ilkley had the option of racing at Todmorden in the Flowerscar race. Gayle Sugden provided the second women’s win of the weekend for Calder Valley, and by all accounts thoroughly enjoyied the race, winning in just over 69 minutes. The men’s race was won by Rob James of Royton in 62 mins and 49 seconds.

The race route has changed because of diseased Beech trees at Centre Vale Park, so the race starts out on the Todmorden High School playing fields. The walk over there was boggy enough so it was obvious the runners were in for a bit of a mud fest. The start was quite interesting having to jump over hay bales to get over a wall, Sugden’s race nearly ended there after a young lass trod on her ankle instead of the hay bale. 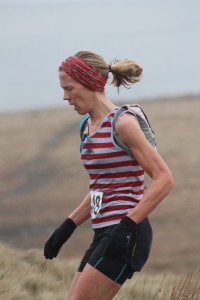 Gayle describes her race “I thought I’d just wear my vest today because it was a tropical 11 degrees. Not so tropical after climbing and hitting the wind, nearly swept a few of us off our feet, I was doing my best to stay upright whilst being hit side on. Quite comical really not sure any of the photos will be complimentary when even your cheeks are flapping in the wind. Then after the steep climbs and running over the rough moor you hit the fast paths and descended down to calmness, where had the wind gone? But then I hit the next challenge, even more mud, I kept trying to take fast, shorter steps, thinking being nimble would get me through quicker, nope I tended to sink on every step. But this is what I love about fell running the challenges you come across, you never get bored!” 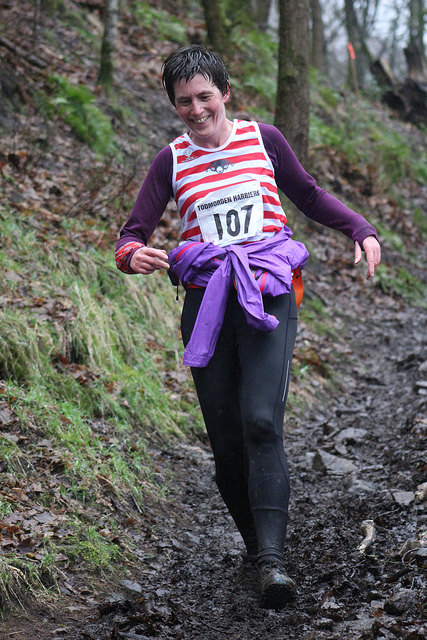