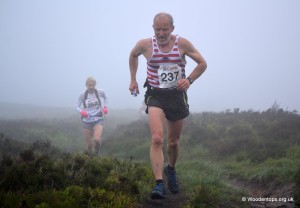 Unfortunately this race has come to an end.

It was started by Allan Greenwood as the Churn Milk Joan race in 1999, renamed to Reservoir Bogs in 2002 and subsequently organised by Bill Johnson from 2004 to 2015.

The route changed each year, with the map for that year being handed out at registration and the runners left to find their own way between the checkpoints.