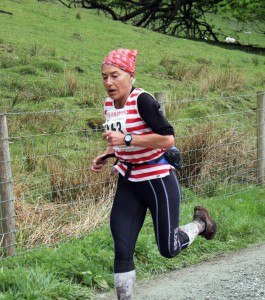 The big guns were out in the Lakes last weekend for this year’s Fairfield Horseshoe as the race featured as a counter in the 2013 English Fell Running championship. Calder Valley sent a strong contingent of top runners to compete in a field which read like a whose-who of fell running; with the International talent of Lloyd Taggart, Rob Hope, Victoria Wilkinson, Ian Holmes, Rob Jebb, Carl Bell, and Darren Kay on the start line, the Calder runners knew that they would need to be at their absolute best to have any chance of a result.

Starting from Rydal Hall near Ambleside the 9 mile Lakeland Classic features a fearsome 3000 feet of climbing, across a horseshoe of mountain summits over 2000 feet above sea level. Despite the daunting ascents, Calder Valley’s ladies proved that “there ain’t no mountain high enough” for the girls in red white hoops as they turned on the style to show they are still a force to be reckoned with in national competition. Helen Fines, Jo Waites, and Sally Newman took the ladies team prize with Jo Waites also winning the V40 race, whilst the indominatable Newman finished first in her V50 category.

Well over 400 runners set off up up the side of Nab Scar to reach the first ridge. The going was tough, with wet grass making the steep climb harder. Once onto the ridge the climbs just kept coming as the route contoured around the side of Heron Pike at 2008ft. The freezing wind blasted runners against the side of the fell as the race crossed several peaks towards the highest point in the route, Fairfield at 2864ft. There then followed a series of rocky descents and climbs across Hart Crag, and Dove Crag, before a test of high speed, technical footwork, as competitors then careered, helter-skelter,  down to High Pike at 2152ft and then Low pike at 1667ft, losing height rapidly to finish at Rydal Park

Despite some impressive individual performance’s Calder men weren’t able to take any of the top prizes. Karl Gray’s 5th place and (2nd V40) was the pick of the bunch only 2 minutes behind the eventual winner. In a close finish Rob Hope of Pudsey & Bramley won the men’s race in 1.19.18, just seconds ahead of Morgan Donnelly of Borrowdale (2nd), and Bingley’s Rob Jebb (3rd).

Congratulations to Jackie and Phil Scarf on completing the Bob Graham Round on 11th June, along with friend Doug Gurr.

And on the next weekend, Dave Almond romped round in a speedy 21:51. Well done Dave!

We are going to run out of room on our plaque of Bob Graham completers!!

Two of our Calder Valley members represented Yorkshire in the Inter Counties in the borders of Scotland on 28th May.They did themselves and the club proud with Ben Mounsey being the 3rd counter to take team silver and Jo Buckley being the 1st counter for her Yorkshire team to take team bronze.

Jo has now been selected for England in the International Snowdon race. 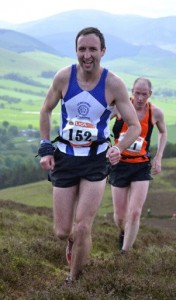 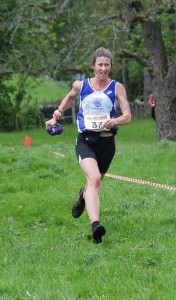 Last weekend (13th/14th May), Linda Murgatroyd stormed round the Bob Graham in fine style. Strong and smiling all the way round, never once looking like she might fail, Linda shrugged aside the poor weather to return to Keswick Moot Hall in 23hours 15mins. 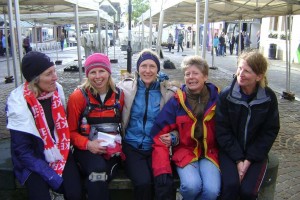